This year we are teaming up with Daniel Crouch Rare Books. Our joint display “A brief History of Time: from Matins to Mars” will explore methods of marking and keeping time throughout history.

On July 2 at 4pm Dr Christopher de Hamel, Senior Vice-President at Les Enluminures, manuscript scholar and award-winning author will give a talk on “How to Look at Medieval Manuscripts”.
The event will take place in the Lecture Theatre, in association with Chopard. Advanced registration essential.
Please find here further information. 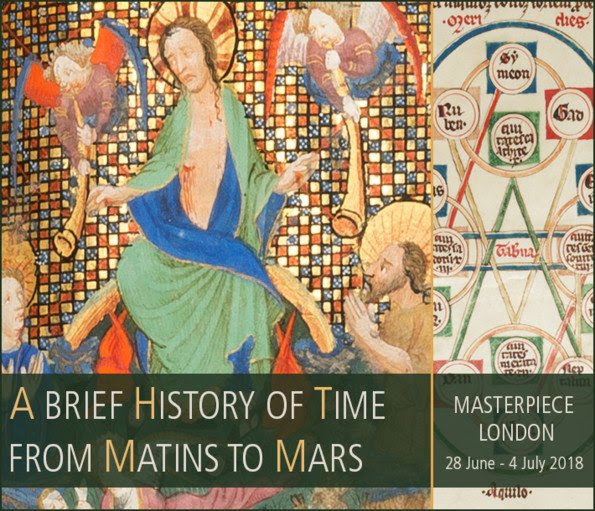 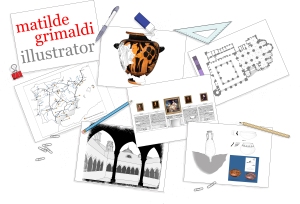 Can you imagine a faster, easier and more immediate communication than a drawing?  Probably not… A drawing is more persuasive than a thousand words: even a simple reconstruction will strengthen your ideas and make them tangible. The illustrating service I offer is addressed to academics, researchers, museums, cultural institutions and publishers, mostly in archaeology and art-related subjects, but also in any other field which requires drawings. It consists in the creation of high-quality illustrations generated on professional computer software, which are generally used in books, academic papers and museum display panels:

For some years now I have been preparing a wide range of illustrations including:

Click here to see a selection of my work, and please do not hesitate to get in touch for any queries.

I look forward to hearing about your project! 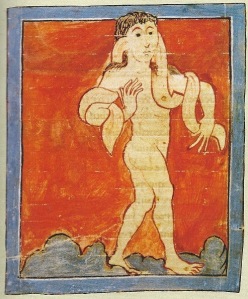 Marianne O’Doherty on medieval ideas of the Indian Ocean;

Members attend free; non-members are also very welcome to attend. Please see website for membership details – you may pay your temporary or annual membership on the day (£10/5 concessions per colloquia: it is £20/10 for annual membership: there are three events each year).

The event will be held in the beautiful Charterhouse Square (nearest Tube: Barbican) 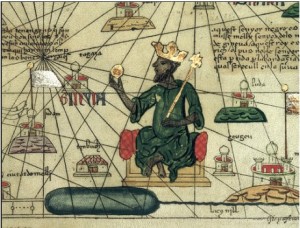 Medieval maps – from mappaemundi to elaborately decorated nautical charts – provide abundant and rich evidence for the ways in which European cartographers viewed, framed and represented other peoples. This panel seeks papers that bring new materials and new insights to this field of study. We hope for papers exploring depictions of otherness, including foreigners and monsters, on medieval maps that have not been examined from this point of view before, perhaps including depictions of Europeans on Islamic maps. We certainly welcome papers that challenge current views and / or that bring new critical or theoretical perspectives to bear on the medieval mapping of otherness.

Papers are expected to be amply illustrated with high-quality images of the maps discussed. Please send your title and abstract (250 words), together with a short CV focusing on your work in the history of cartography along with the conference Participant Information Form, to chet.van.duzer@gmail.com and LauraWhatley@gmail.com by September 18, 2015.

The Participant Information Form can be found on the Congress website: http://www.wmich.edu/medieval/congress/submissions/index.html 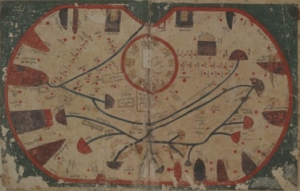 The Leverhulme Network ‘Cartography between Europe and the Islamic World’ aims to promote comparative, cross-disciplinary scholarship on Islamic and European cartography by bringing together experts in these two fields for a two-day symposium to be held at Queen Mary, University of London, on September 8-9, 2014. Participants are invited to explore moments of contact between traditions (e.g. twelfth-century Spain; the court of Roger II of Sicily; fourteenth- and fifteenth-century Italian cartography; Piri Reis and post-Columban cartography of the early sixteenth century) as well as differences and divergences. Reflections on the methodology of the comparative study of maps are also welcome.

Papers may wish to address some of the following topics, but need not be restricted to them:

Please send proposals consisting of an abstract of c. 300-500 words for 20-minute papers to Matthew Champion (m.s.champion@qmul.ac.uk) by February 21, 2014. Proposals are encouraged from doctoral students, early-career and established scholars, and travel and accommodation for speakers will be funded.