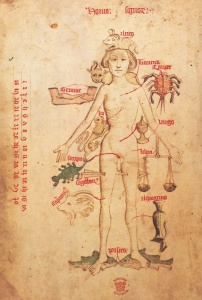 The celestial sky has been a source of fascination since ancient times with astronomy being the oldest of the natural sciences. During the medieval period, astronomy flourished in many cultures across the world, some of which followed on from earlier models created by Ptolemy. The motions of the celestial bodies were investigated, early astronomical observatories were built and some cultures constructed remarkable monuments inspired by astronomical insights. This conference will draw together the different strands of medieval astronomy from across the world and will examine how they interfaced and paved the way for the scientific developments later in the Renaissance.

Registration to attend this conference is free, but must be confirmed using the Conference booking form by midday on Friday 10th November 2017.

Dr Benno van Dalen (Bavarian Academy of Sciences and Humanities) – Ptolemaic Astronomy and Its Dissemination in the Islamic World, Europe and Asia

There will be a conference dinner at St Cross in the evening following the end of the conference with an after-dinner talk by Dr Valerie Shrimplin (Gresham College) on the influence of astronomy and the cosmos on medieval art. Although the conference itself is free of charge, the dinner carries a cost of £35 to attend – booking a place for dinner can be done here. 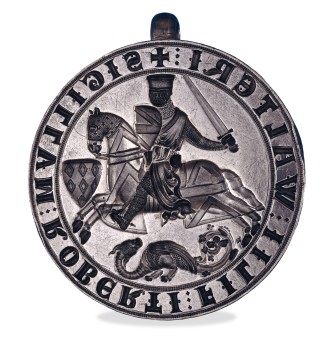 From December 4-6, the British Museum was host to Seals and Status 800-1700. Though most topics were centered on the European Middle Ages, the program included speakers on Byzantium who broadened the European context and one each on Southeast Asia and China who provided global breadth. Likewise, the central focus temporally was medieval, but the early modern period was well represented with talks on sixteenth century Brussels, and the seals of female patrons in Renaissance Italy, among others. I was invited to attend on behalf of Medieval Art Research, and though unable to be present for the duration of the conference, was able to join for some exciting highlights (and still make time for plenty of jokes about the aquatic marine mammals of the same name—by the way, if that’s more your bag, here are some places they’ve been spotted in London.)

I joined the conference on Friday a complete novice to the field of seals. Fortunately the morning began with an enthusiastic introduction from Jonathan Williams, Deputy Director of the British Museum, who stressed the historical centrality of seals in the BM’s collections. He noted that matrices were some of the first objects in the collections thanks to Soane, and that records show strong interest in them: in the 18th century, one needed to apply weeks in advance to study the seals. This historical introduction the study of seals was incredibly useful for setting the scene about how these objects have been viewed and studied within the academy.

The conference officially began with a keynote delivered by Brigitte Bedos-Rezak of New York University, who provided an introduction to seals as status symbols, arguing that the processes of producing seals were imbued with potency and significance. She discussed the agency of seals, the ways that a victor might incorporate part of his opponent’s seal in his, and the lives of seal matrices after the death of their owner, since the device is capable of outliving their possessor. Bedos-Rezak also considered the forgery and theft of matrices, their use by people other than their owners, and the complexity of detecting this sort of replication. Finally, she addressed the concept of a person’s presence within a seal— in fingerprints found on the wax, but also more ephemerally in the heat given to wax by the human hand, and as a proxy for the individual, putting them comfortably within conversations about portraiture and representations of humans. While the majority of papers that followed examined a particular case study, Bedos-Rezak’s talk opened up some of the larger questions that would be discussed throughout the three days. Her talk was instrumental in aiding the non-specialist author to understand the wider applicability of these objects and practices, and relate them to territories more known. 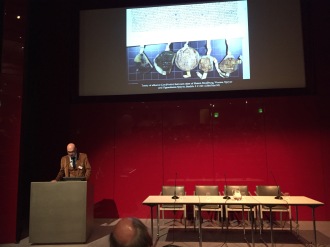 Following Bedos-Rezak were papers that dealt with particular temporal, geographical, or iconographical cases, like Simon Keynes’ contribution on which examined style and use of Anglo-Saxon seal matrices, picked up on some of the themes of the first keynote. For examine, Keynes identified the personal seal of Adelphe, daughter of Edgar, as it was used in her lifetime, and how it was coopted after her death as the conventual seal of Wilton Abbey. There are many questions about these objects that haven’t yet been answered, including how prevalent they were; though there must have been many at one time, only about five survive. They were clearly significant, since Keynes cites an example of a king sending his seal matrix as a proxy for himself at a shire meeting. Laura Whatley considered seals in their capacities of transmitting visual information over long distances between the Latin Kingdom and Western Europe. Annabel Gallop picked up on the theme of transmission, arguing that the shape of Islamic seals in the Malay world in the 16th century come from the form of European heraldic shields. Markus Späth’s paper brought us to the Upper Rhine to compare city seals, and Jonathan Shea discussed seals in the context of Middle Byzantine government administration.

The final session of the day began with Mei Xin Wang’s fascinating talk about seals on Chinese paintings, where each successive owner of a work of art would stamp his personal seal on the painting itself, often in prominent places within the image field, and frequently many times. Tim Pestell discussed papal bullae found in Norfolk, and finally Marc Libert delivered a paper on 16th century matrix production in Brussels.

On the second day, I dropped in for TA Heslop’s evening keynote address, “English Medieval Seals as Works of Art.” Heslop’s publications on English art and architecture are amazingly diverse, making him an ideal candidate to discuss the art of these objects specifically, looking at questions of form and style, as opposed to many of the previous talks which focused on diplomatic sources, use, and archaeology. Woven into his discussion of the objects themselves was an interesting commentary on historiography and changing approaches to this material. In particular, he discussed his struggles with traditional stylistic analysis, which, as he showed, was unable to be used to date matrices in the way that the same techniques have been effective for other types of objects. 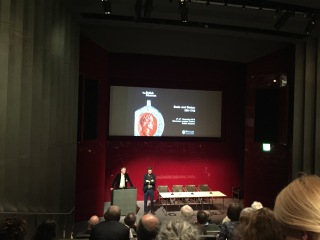 After Heslop’s keynote, the attendees celebrated recent publications of interest to the seals and sealing community. These are Susan Solway’s Medieval Coins and Seals: Constructing Identity, Signifying Power (Brepols 2015), and Art of Documentation: Documents and Visual Culture in Medieval England by Jessica Berenbeim (University of Toronto/PIMS 2015).

The conference, though primarily focused on medieval Europe, encompassed broad enough topics to suggest to its attendees the wide uses and characteristics of seals in diverse temporal and geographic climes. This is a welcome contribution, and is a noteworthy attempt to defy the rampant geographical limitations and periodization within the academy. Additionally, although the impressive program and erudite question and answer sessions made it clear that a great number of specialists were in attendance, there was much to be gained for the author, whose prior ignorance of seals has begun to be eroded.