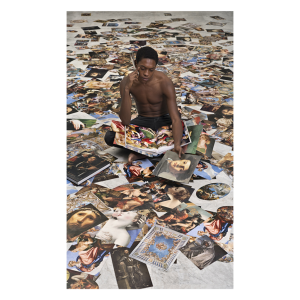 Even today, the history of art is largely dominated by narratives that are for the most part style-based. They tell a story that is teleological, ever-progressive, and structured around influential artistic centres. Within this framework, the role of individual objects shifts depending on how they fit into the broader narrative that they articulate visually. By focusing on the objects and their potential to fashion and dictate stories, a different narrative is likely to emerge.

This conference seeks to identify individual objects, or small sets of objects, which have the potential to destabilise canonical art-historical narratives of Italian art. We are not looking for an alternative Renaissance – instead, we want to ask whether a different story can be told for the same, old things. In the last few decades, art historians have reevaluated  the position of understudied works of works in an increasingly de-centred, non-linear history of art. Certain interpretative frameworks, such as queer or feminist approaches, that laudably seek to interrupt conventional readings of objects, have had modest consequences for their placement within a historical narrative, often because they seek to disrupt that narrative in the first place. Sometimes objects themselves show the insufficiency of traditional critical tools to do them justice. But seldom have newly-developed critical tools been used to renegotiate the historical framing of those objects that have long stood at the core of the Western canon.

Having long questioned the exceptionality granted Italian Renaissance art by the founding fathers of art history, academia has not yet modified radically the way we tell the story of the cornerstones of any Western museum. As a consequence, academic discourse has grown increasingly distant from museum spaces. On the whole, museums have not rejected the comforting principles of order inherent in traditional narratives, of which they are sometimes the unyielding outposts. Arguably, they also struggle to balance object-based displays with the disruption of narrative frameworks typical of recent academic discourse. As a result, celebratory, unwavering views of the Italian Renaissance have proved remarkably resilient among the general public.

Applicants are encouraged to shrug off the burden of prescribed narrative schemes; to use fresh critical tools to unravel celebrated artworks from the patchwork of narratives that stitch them together, at the same time as weaving them into new stories — stories that might be open-ended, interrogative, undetermined, and far distant from those previously told. Papers should be object-based, but not object-focused, in that their interpretation should not be confined to the inward-looking understanding of the object per se, but rather should look outwards towards their (potentially large) role in new narratives. The objects themselves should date to between the thirteenth to the early seventeenth century; they may be Italian or not, canonical or lesser-known.

Papers are sought from doctoral candidates, early career scholars and researchers. Preference will be given to candidates presenting unpublished material. Proposals of no more than 350 words should be submitted, together with a short C.V. to giulio.dalvit@courtauld.ac.uk and adriana.concin@courtauld.ac.uk by 5pm on Monday 28 January 2019. Papers should not exceed 20 minutes in length. We hope to be able to provide subsidy for travel and accommodation. We particularly encourage candidates from the U.K. and Europe. Successful candidates will be notified by mid-February.