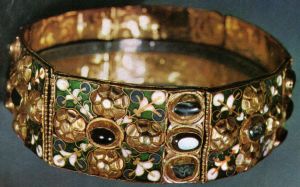 In Economy and Society, Max Weber theorised three ideal types of authority: charismatic, traditional and legal. While legal authority has been well-explored in modern scholarship and most resembles the structures of authority in our own world, more recent work has indicated the importance of the charismatic and traditional ideal types as lenses for viewing Ancient and Medieval authority. Thus, in his 2016 monograph, Dynasties, Jeroen Duindam stresses the importance of charisma to royal power, exploring the pageantry of power, ritual actions undertaken to safeguard the harvest or control the weather, and the personal delivery of justice, while Kate Cooper, especially in The Fall of the Roman Household, has argued that power in the ancient world was inseparably linked to individual households in a way similar to Weber’s theorising of traditional authority, making the (late) Roman ‘state’ seem significantly smaller than it has tended to before.

By bringing together scholars of many different periods and contexts, we intend to explore the value of Weber’s traditional and charismatic types for understanding changes, continuities and complexities in the construction of authority across Antiquity and the Middle Ages. Submissions might consider the following themes:

Publication of some or all of the papers may be sought as a themed journal issue.

Submission: We welcome graduate students and early career researchers in Classics, Medieval Studies and other disciplines to submit abstracts of 20 minute papers to authoritybeyondthelaw@gmail.com by the 16th September 2016.