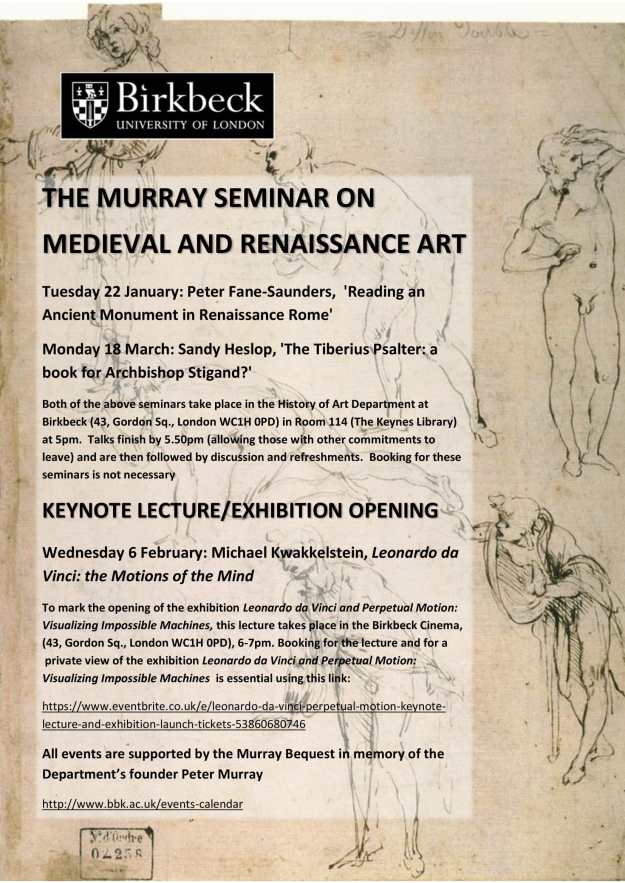 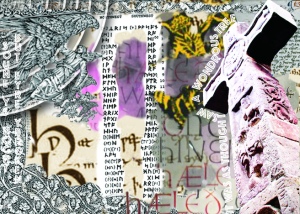 Discover the complex and beautiful physical and aural properties of two medieval poems – The House of Fame and Dream of the Rood – in this series of events produced by current King’s PhD researchers.

Two workshops will explore Chaucer’s The House of Fame; a fourteenth century poem composed in Middle English, which follows a dreaming narrator as they encounter Lady Fame’s mystical palace, located somewhere between heaven and earth, where reputations are made and broken. We will find inspiration in its shifting sonic architecture and strange signs.

Two workshops will focus on the Old English Dream of the Rood. Preserved as a complete poem only in the 10th century Vercelli Book, lines of the poem are also found carved onto the 8th century Ruthwell Cross, a huge stone sculpture still standing in Dumfriesshire, Scotland. The mysterious voice of the Rood and the runic writing of the Ruthwell Cross reveal the various ways early Christians imagined their God.

This is an opportunity to make creative work across 2D, 3D and audio and video media, completely open to all creative and technical abilities. Learn how to speak Old and Middle English aloud, and create written, visual, and spoken responses to these medieval poems. You’ll be guided through text translations, collage and drawing techniques, 3D-making, and video and audio recording.

The workshops are open to all, and the organisers are especially interested to have a range of ‘medieval experience’ in the room: from scholars to members of the public who have never thought twice about medieval poetry.

An exhibition will bring together the work created in these workshops. Examples of contemporary creative works that reinvent the middle ages will also be on display, along with a temporary library for you to explore at your leisure. Artists, writers, and translator-poets will be on display, as well as new discoveries from the King’s archive, on show for the first.

A symposium on the range of medieval and creative work that inspired ‘Playing with Medieval dreams’, will be led by King’s researchers. This symposium (open to members of the public and workshop participants) will include readings of new compositions made during the workshops, along with readings in Old and Middle English.

Events are free to attend but booking is required.