Sponsored by the International Center of Medieval Art 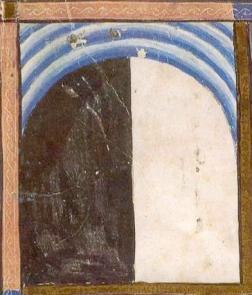 Light has occupied an increasingly prominent role in medieval studies in recent years. Its perceptual and epistemic significance in the period 1200-1450 has been scrutinized in several specialised research projects, and the changing ways in which light and light-effects are rendered and produced in the arts of the Middle Ages, particularly in Byzantium and Islam, are routinely evoked in literature. However, scholarship on these topics remains fragmented, especially for the Gothic period, and comparative approaches are seldom attempted. New technologies of virtual reconstruction and changing fashions of museum display make it an opportune moment to consider these issues in a more systematic manner.

These two sessions will investigate how perceptions of light and darkness informed the ways in which art across Europe and the Mediterranean was produced, viewed and understood in the period 1200–1450. In the late 12th century a key set of optical writings was translated from Arabic into Latin, providing new theoretical paradigms for addressing questions of physical sight and illumination across Europe. At this time theologies of light also gained renewed popularity in the eastern Mediterranean – particularly as a result of the Hesychast controversy in Byzantium, and in connection with Sufi notions of divine illumination in Islam. What correlations can be traced between theories of optics, theologies of light, practices of illumination, and modes of viewing in the Middle Ages? Are there similarities in the ways different religious or cultural communities conceptualised light and used it in everyday life or ritual settings?

These sessions invite specialists of Christian, Islamic and Jewish art and culture to explore the status of light in broader discourses around visuality, visibility and materiality; the interconnections between conceptualizations of light and coeval attitudes towards objectivity and naturalism; and the ways in which light can articulate political, social or divine authority and hierarchies. The session will also welcome papers that address such broad methodological questions as: can the investigation of light in art prompt reconsideration of well established periodizations and interpretative paradigms of art history? How was the dramatic interplay between light and obscurity exploited in the secular and religious architecture of Europe and the medieval Mediterranean in order to organise space, direct viewers and convey meaning? How carefully were light effects taken into account in the display of images and portable objects, and how does consideration of luminosity, shadow and darkness hone our understanding of the agency of medieval objects? Finally, to what extent is light’s ephemeral and fleeting nature disguised by changing fashions of display and technologies of reproduction, and – crucially – how do these affect our ability to apprehend and explain medieval approaches to light?

Proposals for 20 min papers should include an abstract (max.250 words) and brief CV. Proposals should be submitted by 16 September 2016 to the session organizers: Stefania Gerevini (stefania.gerevini@unibocconi.it) and Tom Nickson (tom.nickson@courtauld.ac.uk). Thanks to a generous grant from the Kress Foundation, funds may be available to defray travel costs of speakers in ICMA-sponsored sessions up to a maximum of $600 ($1200 for transatlantic travel). If available, the Kress funds are allocated for travel and hotel only. Speakers in ICMA sponsored sessions will be refunded only after the conference, against travel receipts.