Call for Papers:
Fluctuating Networks: The Constructive Role of Broken Bonds in the Medieval Mediterranean and Beyond
Kalamazoo, MI, 50th International Congress on Medieval Studies, 14-17 May 2015
Deadline: September 15, 2014

The Medieval Studies Research Group at the University of Lincoln (UK), seeks papers for one sponsored panel at the 50th International Congress on Medieval Studies at Western Michigan University, May 14-17, 20145. The theme is: Fluctuating Networks: The Constructive Role of Broken Bonds in the Medieval Mediterranean and Beyond 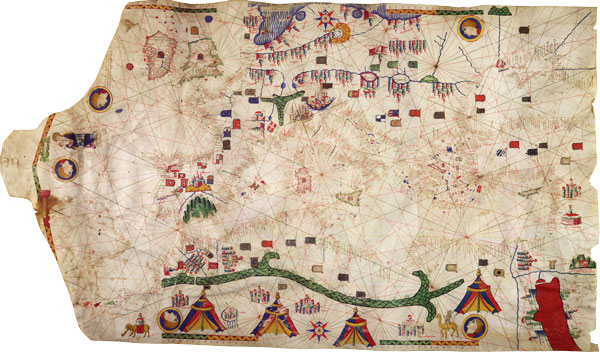 The aim of this session is to re-consider theories and approaches to the study of medieval social, political, economic and cultural networks from multidisciplinary perspectives. The medieval Mediterranean, as a space of interaction and communication, offers a myriad of possibilities to explore, which increase even more when considering its connections with Europe and the rest of the known world.

In particular, we would welcome studies which examine how agents and circumstances, which in principle undermined and destroyed pre-existing bonds, in reality generated parallel structures and alternative webs of relatedness. Political conspiracy is a case in point. Similarly, betrayal could be read as an alteration of a system of trust, which simply shifted toward other individuals with whom new connections were established.

Through the analysis of textual and material sources, as well as visual art and architecture, this panel seeks to explore ideas and narratives of exclusion as potential seeds for new or renewed types of private and public networks. Ethnic, religious, political, economic, legal and cultural aspects were all at stake when de-constructing, while re-constructing, bonds between individuals and entire communities.

Possible areas of discussion include, but are not limited to:

Please, submit an abstract for a 15-20 minute paper (300 words maximum) and a completed Congress Participant Information Form (available at: http://www.wmich.edu/medieval/congress/submissions/index.html#PIF) by September 15, 2014, to:  aliuzzoscorpo@lincoln.ac.uk