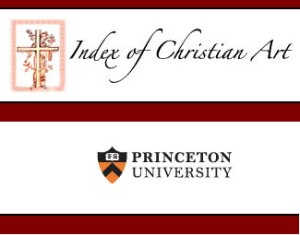 Pardon our Dust: Reassessing Iconography at the Index of Christian Art

The Index of Christian Art (ICA) at Princeton University houses the
largest archive dedicated to the study of medieval art in the world. It
was founded by Charles Rufus Morey in 1917. Created with the intention
of cataloguing all known works of medieval art according to subject
matter, the Index developed over the course of the twentieth century
into an ever-expanding resource for the study of iconography. Although
the archive originated as a physical catalogue, the information
contained in the subject files began migration to an online database in
1991.  Now in its ninety-eighth year of existence, the ICA has embarked
on yet another conceptual and technological upgrade that will embrace a
more capacious understanding of medieval iconography through improved
functionality while preserving the knowledge amassed by Index scholars
during the previous century. Ever mindful that the ICA depends on the
scholarship of medievalists in order to maintain the database for our
researchers, we will sponsor two sessions that underscore this fruitful
reciprocity. As we reassess how specific fields are used within our
records, we seek the input of scholars who are actively engaged with
themes related to medieval iconography in the broadest sense of the
term. By focusing on issues related to the medieval program and
ornament, the panels address categories that currently merit further
consideration as fields of inquiry within the database.

We invite papers that explore new interpretive approaches or
historiographical analyses as a means to stimulate a lively
conversation on the ICA’s mission as an iconographical archive in the
twenty-first century. In mirroring the Index’s wide geographical and
chronological spectrum, we welcome proposals that explore any artistic
media produced during the Middle Ages in the Byzantine East and the
Latin West. Papers may consider specific case studies or address more
theoretical concerns.

I: Program
As Michel Pastoureau has observed, the concept of “program” as an art
historical term has been anachronistically applied to the study of
medieval art. The notion that an assemblage of images adheres to a
conceptual unity governed by the explicit wishes of an individual or
corporate patron remains a source of debate in the iconographic
interpretation of any number of monuments, manuscripts, or individual
objects. We seek papers that consider the advantages and limitations in
using the idea of “program” as an interpretive approach. We welcome
proposals that investigate themes related but not limited to the role
of patronage and iconography of medieval art works, the question of
iconographic unity in monuments, and the disjuncture between the
textual and the visual in the scholarly ekphrases of “programs” in
medieval art.
II: Ornament
Ornament occupies an ambiguous position within the study and
classification of medieval iconography. Recent scholarship, however,
has underscored the significance of ornament as a bearer of meaning. We
welcome proposals that investigate the role of ornament as an
iconographic element within works of medieval art. Topics of interest
include the iconographic function of vegetal ornamentation, the role of
ornament as a frame for narratives and portraits, the use of decorative
motifs as expressions of archaism or “foreignness,” as well as new
approaches in the language of describing medieval ornamentation.

Please send the abstract of your proposed paper (300 words maximum), CV
with current contact information, and completed Participant Information
Form, available at
http://wmich.edu/medieval/congress/submissions/index.html#Paper to the
organizers: