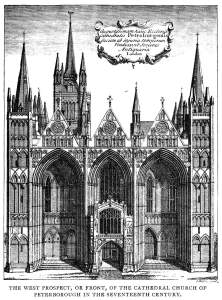 Applications  are  invited  for  student  scholarships.  The  conference  will  run  from  lunchtime  on Friday  10th  July  to  lunchtime  on  Tuesday  14th  July,  2015.  Scholarships  will  only  be  awarded  to those  who  can  attend  the  conference  in  its  entirety.  The  scholarship  will  cover  the  lectures and site  visits,  accommodation  for  four  nights,  three  dinners  and  refreshments  throughout.
Applicants  should  email  Andrew  Budge  (andrew.budge[at]sky.com)  enclosing  a  brief  CV,  at  least one  academic  reference  and  a  brief  statement  on  the  reasons  for  wanting  to  attend  the conference.  The  deadline  for  applications  is  Friday  10th  April.  Applicants  will  be  notified  by 23rd  April.  Please  note  that  it  is  the  responsibility  of  the  applicant  to  send  the  academic reference  with  the  application;  the  BAA  will  not  chase  references.

Scholarships  will  be  allocated  by  the  conference  convenors  and  are  usually  given  to  those studying  medieval  art,  architecture  or  archaeology  at  postgraduate  level.  The  scholarships are funded  by  the  generosity  of  BAA  members  and  the  number  awarded  varies  according to  the funds  available.  Successful  applicants  are  expected  to  join  the  BAA  if  not  already members.